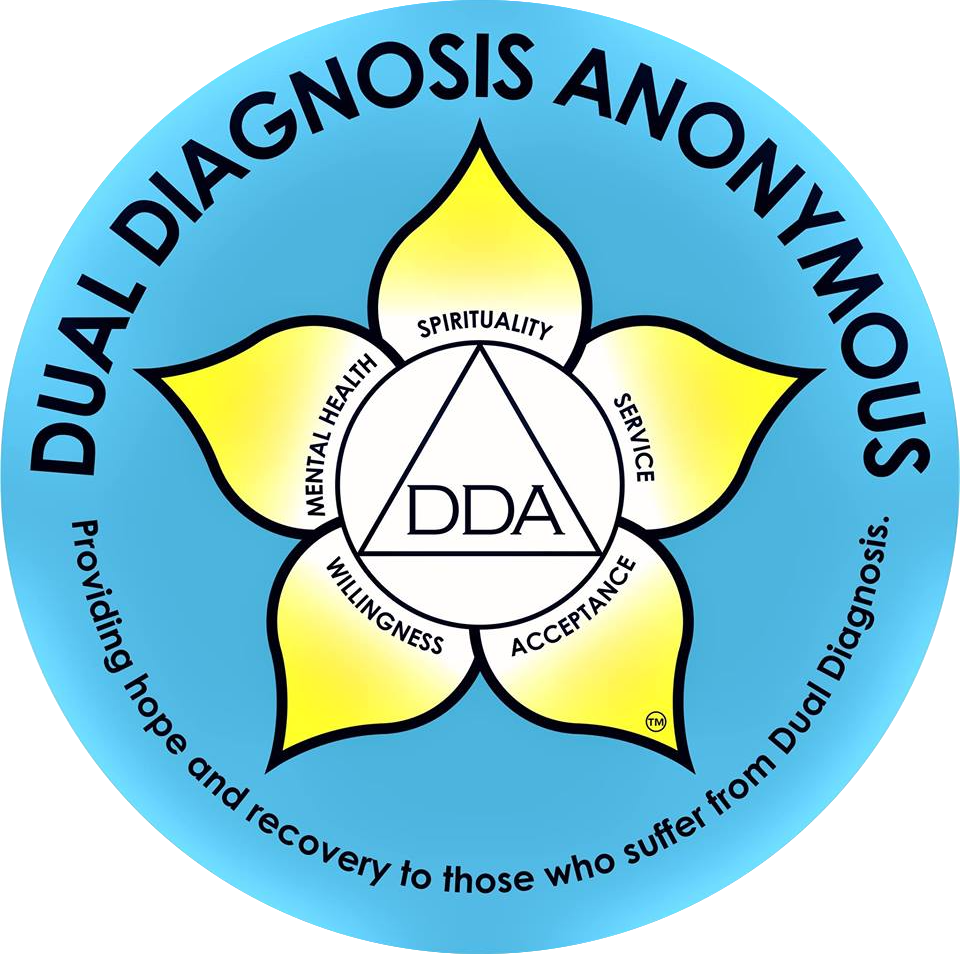 DDA in the News

Just for today in DDA.

What does DDA stand for?

Describe what is meant by dual diagnosis?

People who have a mental illness as well as addictions and or substance abuse is what is commonly referred to Dual Diagnosis. Depending on what statistic you read, 50% or more (most research states 67%) of people who have a mental illness diagnosis also suffer from addictions and or substance abuse. The research is proving that people are relieving their symptoms with drugs and addictive behavior in order to help relieve the mental illness symptoms and or to help cope. You will also hear the term co-occurring disorders in most clinical settings. The opposite can also occur whereas mental illness symptoms are a direct result of brain damage from long term use and abuse. Again Dual Diagnosis.

People with Dual Diagnosis who try to reach out and build support even with the 12 step community usually find themselves more times than not ouster sized and stigmatized. There is a common experience and pattern reported by consumers across the board which is: they are told that they are not in recovery if they are taking mental health medications and or that they can’t talk about their mental illness in the 12 step meetings. In Fact DDA actually started in Fontana California in 1996 when Corbett Monica (DDA Founder) brought a group of consumers from a mental health house (STEMS Program) to an AA 12 step meeting where they actually had been attending and benefiting from. One day Corbett was asked at the end of the meeting to not bring them back due to some of the symptoms that two of the group members were experiencing during this particular AA meeting. It was the AA group consensus that they felt too uncomfortable. After this situation Corbett felt compelled to help this group so he contacted AA’s World Services and discussed the situation. AA World Services granted permission for Corbett to use the 12 steps of AA with a disclaimer. With this disclaimer Corbett developed his own customized version of the 12 steps. He also felt it necessary to add an additional 5 steps to address the needs of the mental health component. Hence the 12 steps plus 5 was conceived with the beginning development of literature and meetings.

DDA was brought to Oregon in 1998 by the Founder when he relocated and took the position as a program supervisor at Portland Oregon’s DePaul Treatment Center. This is also where the first DDA of Oregon meeting was held and where I first met Corbett Monica. As the nature of the mental health and addictions business, Corbett and I moved a round in our careers and ended up working for the same agency in the year 2000 (Cascadia Behavioral Healthcare) as contractors in Oregon’s State prison system. Corbett managed a prison mental health program called Bridge Point while I was lead manager of his counterpart A&D program called Turning Point. Corbett’s DDA meetings where such a huge success in the Columbia River Correctional Institution (CRCI) that in 2005 he was referred to the States Addictions and Mental Health (AMH) Director Bob Nikkels and the States Psychiatric Security Review Board (PSRB) Director Mary-Clair Buckley. They loved the idea of DDA and offered him a modest grant to organize DDA and establish at least twenty two (22) DDA of Oregon meetings along Oregon’s Interstate five (I-5) corridor. Corbett exceeded the 22 meetings the State requested and actually established 57 chapters (meetings) in the two year grant cycle.

Since the inception of 2005, DDA of Oregon has grown into as many as 400 chapters in the State of Oregon. DDA of Oregon meetings have expanded to as many as 32 of the 36 counties and have had as many as 4,000 contacts reported each month (yes I said 4,000). We have also grown across the United States and gone International. Meetings have been reported in Ireland, Prague (Chez Republic), Canada, Australia, and London. DDA has a powerhouse Board of Directors that represent the who’s who in the States Mental health field.

We are also proud and honored to say since DDA was organized and funded in 2005, we have received the AMA Hope, Resilience & Recovery Outstanding Community Service-Organization Award. We were involved and part of a research project in collaboration with DDA, Pacific University, and Dartmouth University and published in two separate articles…

SAMHSA also did an article about us in their 2012 Partners for Recovery Summer Edition Newsletter. All articles are attached as well as press review of our new workbook “A Journey through the 12 steps Plus Five” which was just released this last month. We actually have many more article and recognitions on our website http://www.ddaoforegon.com. (It’s a little outdated and soon to receive a facelift).

How is DDA | Dual Diagnosis Anonymous different from other self-help programs?

Well we are a 12 step plus 5 step consumer run organization (CRO) of peer support whose mission is to provide hope and recovery to those who suffer from the harmful effects of mental illness and addictions. We are similar to a 12 step meeting dynamic but with a customized version of the 12 steps of AA (AA approval with a disclaimer) and an additional 5 steps (hence the five pedal flower logo) to address the mental health issues. In DDA we see the need to address both diseases as primary for there to be any long term sustainability and recovery. We also differ from regular 12 step self-help groups in terms that there is cross talk and discussions are part of our meetings. DDA literature states that Questions and answers are welcome and positive feedback is given, when asked for. This actually works very well in DDA. Sometimes our group’s topics will be centered on the subject of taking medications or even problems associated with taking medications for a collective understanding and support. We are used in the Oregon State hospital – psych wards- and other County Mental Health Programs as competent approach with peer support and community support as well as used in a 12 step plus 5 Facilitating skills building curriculum.

We are also reliant on our tradition # 7 which states that: DDA, as such, ought to exercise extreme caution and diligence in accepting outside contributions or other sources of funding, lest we be distracted from our primary purpose. Every local chapter of DDA should strive to be self-supporting. Which means that we can be and are funded by contracts, grants, donations, and fundraisers. DDA would not be able to provide its mission which is stated in DDA’s tradition # 5. Each DDA group has one primary purpose – to carry its message of hope and recovery to those who still suffer from the effects of Dual Diagnosis, if it wasn’t for the financial support of the State, Counties, and private donations.

Where can readers learn more?